The Operational and Technical Agency Skopje (hereinafter referred to as OTA) has been legally established by means of the Law on OTA (“Official Gazette of the Republic of Macedonia” No. 71, dated 19.4.2018), and started operating on 1.11.2018. Its establishment is intended to prevent any abuse of the surveillance measure of the electronic communications of the citizens on the part of the bodies authorized to monitor communications or the operators. Its scope of protection covers only the electronic forms of communication among the citizens.

In its strategic planning, OTA is guided by the Constitution of the Republic of Macedonia and the European Convention for the Protection of Fundamental Human Rights and Freedoms, as well as the generally accepted NATO standards and rules. In its day-to-day operations, OTA is guided by and adheres to the legal provisions of the Law on Criminal Proceedings, the  Law on Communications Surveillance, the Law on OTA, the Law on Personal Data Protection, the Law on Classified Data and the Law on Electronic Communications. The functioning of OTA and all of the aspects of its organizational, personnel, technical and other setup are legally regulated by the Rulebook on Internal Organization, the Rulebook on the Systematization of OTA Posts and by other by-laws, which are classified. As a result, the latter must not be published on the OTA’s website. OTA complies with other bylaws as well, which are not classified, and these will be published on the OTA website from the date of their adoption

The aforementioned reports must be published at a visible place on the website of the Assembly of the Republic of Macedonia, and the same are also accessible on the OTA’s web site.

The head office of the Operational and Technical Agency is located at the following address: ul. "Orce Nikolov" br.48, Skopje, Republic of North Macedoniа 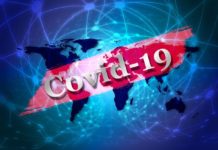